Think of translation as an investment rather than just another cost. But it can prove costly if things goes wrong.

This article shows that companies should view money spent on translation and interpreting services as an investment, rather than regarding it as a cost. And as with any other investment, they should not just analyse the risks involved before commissioning a translation, but also consider the cash flow it could generate and the potential for return on investment.

Companies face certain risks when commissioning translation services. The main ones are: entrusting the work to anyone who speaks the languages concerned rather than using a professional translator; asking a translator to translate documents that require knowledge of a specific sector in which the translator does not specialise; failing to establish a communication flow to provide the translator with information about the company, its objectives and the specific context to which the work relates; and not allowing an appropriate time frame in which to complete the translation.

These risks can be avoided by:

A good translation can generate considerable cash flow. Consider, for example, the income generated from worldwide sales of foreign language translations of books commissioned by publishers, or potential sales in a new market that is accessible because the required documentation was processed in good time, in the correct format and in the language used in that market. Or even the potential sales generated by a publicity campaign that works properly in an overseas market.

Any translated material that a company accumulates during the course of business conducted in the international marketplace forms part of its assets. Copyright, distribution and publishing rights, including translation rights owned by large publishing houses, are all intangible assets. Consequently, when a publisher is sold or absorbed by another group of companies, the purchase price will take into account those assets.

Translators also help companies to meet their objectives (entry into new markets, achieving a favourable outcome in international proceedings, overseas sales, etc.) and therefore increase their market value, which could be considered a benefit that derives indirectly from using those translation services.

On the other hand, a bad translation may prove costly. A best case scenario would involve using the same translator again who notices the errors in time. In the worst case scenario, it could result in significant damages.

In 2009 HSBC Bank launched a campaign to change its corporate image that cost 10 million dollars. Its intention was to repair the damage caused by a bad translation of the slogan Assume Nothing, which, in many countries, had been translated into the local language to mean Do Nothing. This inappropriate translation prompted consumers to react in exactly the opposite way than the bank intended, i.e., to do nothing rather than consult the bank about their finance matters. Added to the cost of the original translation of the slogan was the cost of a lost opportunity. As a consequence, the bank failed to achieve its objectives (it did not win trade as anticipated) and had to pay for a new campaign to repair the damage to its image and reputation, taking the overall figure to over 10 million dollars. See the links below to the Financial Times articles that reported on the story. 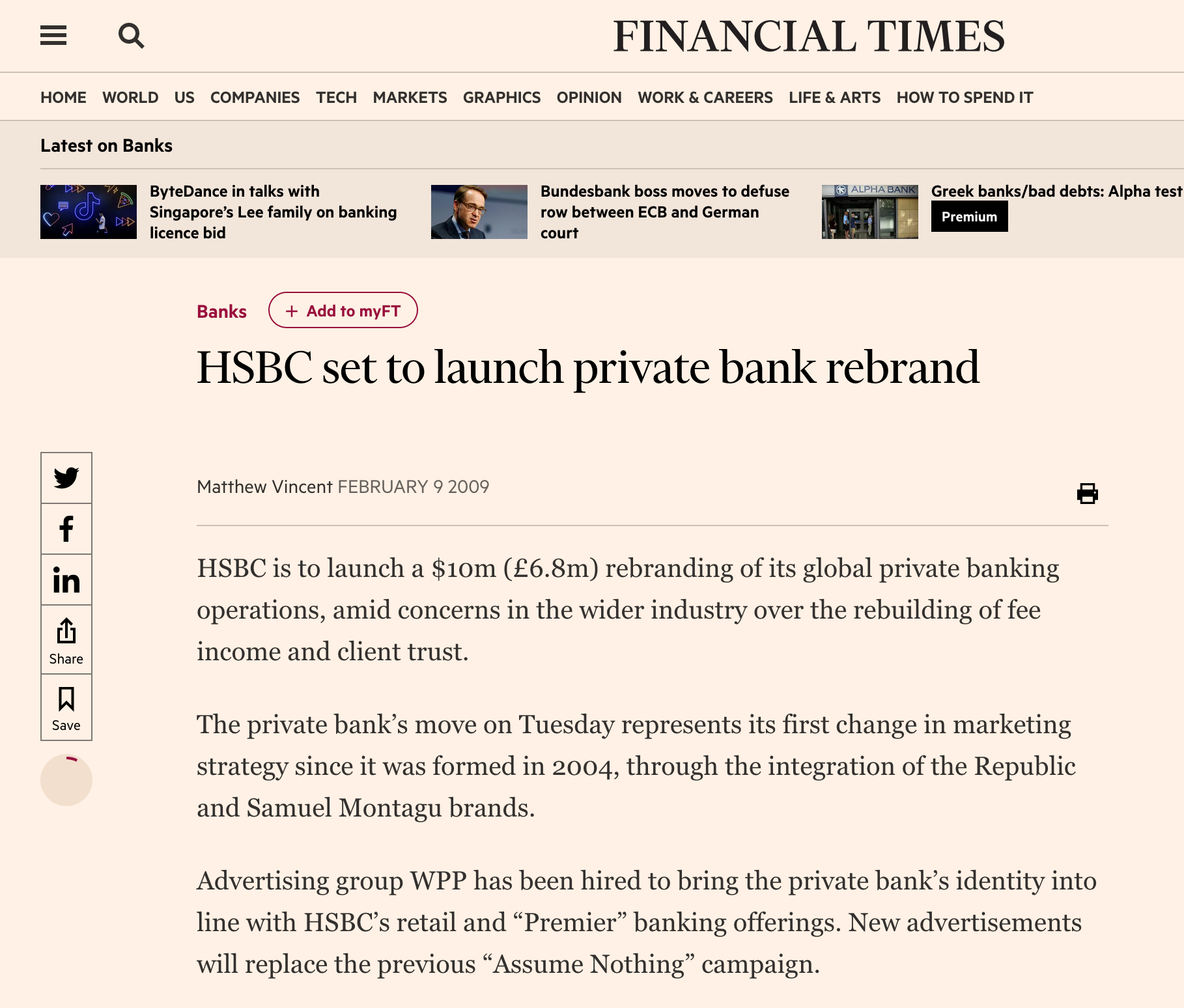 When you are planning to invest, you look for the best financial advisor. The process is much the same if you need a translation: you should find a good translator who can offer the right advice. As translators, we help companies achieve their commercial objectives. Selecting professional translators who are specialists in their subject area, and maintaining a clear and open channel of communication with them, can help companies to achieve those objectives and ensure the money invested in our services produces the expected return. Where external relations are concerned, professional translators and interpreters have an important role to play, as they become a company’s best allies, indispensable advisors and key players in international trade.

Any cookies that may not be particularly necessary for the website to function and is used specifically to collect user personal data via analytics, ads, other embedded contents are termed as non-necessary cookies. It is mandatory to procure user consent prior to running these cookies on your website.

These cookies are essential for you to browse the website and use its features, such as accessing secure areas of the site. Cookies that allow web shops to hold your items in your cart while you are shopping online are an example of strictly necessary cookies. These cookies will generally be first-party session cookies. While it is not required to obtain consent for these cookies, what they do and why they are necessary should be explained to the user.